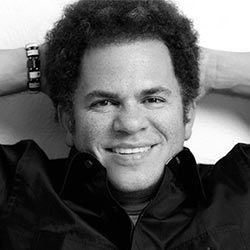 Creator of Britto™ and Disney Britto™

As a talented and creative child growing up in Brazil, Romero often painted images on any medium he could find, including scraps of cardboard and newspaper. Britto continued his innate love for learning and commitment to excellence, eventually moving to Miami, Florida in 1989 where he lives today. Shortly after arriving in the U.S., he was commissioned by Michel Roux, founder of Absolut Art Ad Campaign, to reinterpret the famous bottle. This campaign launched his career, and today Britto’s paintings and sculptures are exhibited in more than 100 galleries worldwide. His works are in the private collections of individuals such as Eileen Guggenheim, Arnold Schwarzenegger, Oprah Winfrey, Martha Stewart, Prince Albert of Monaco, and Michael Jordan. He has also been tapped to bring a unique visual interpretation to world-renowned brands such as Disney, Movado, Pepsi, Evian, Microsoft X-Box, and Audi.

Britto's art combines cubism, pop art and graffiti painting, and is in constant evolution. His artwork conveys an honesty that reflects his desire to use colors that exude happiness. It is a reflection of what words fail to express about the joys of life. Never forgetting his humble roots, Britto has donated his talent, time, and enthusiasm to over 1,000 charitable organizations worldwide.